A bun in the oven, or the oven has a bun-part?

Elselijn Kingma explored  a 'fetal container view' of the relationship between a mother and her unborn offspring. Her jump-off point was Smith & Brogaard's account of the moment the human organism comes into existence.

Email ThisBlogThis!Share to TwitterShare to FacebookShare to Pinterest
Labels: I wonder........, Philosophy

Its not a question I get asked every day. But according to Michelle Hutchinson, of the Oxford Uehiro Centre for Practical Ethics, there are robust experimental results showing that most people think a 35 year old is more deserving of life-saving medicine than a 40 year old. The questions are Why? and How much?

That such questions must be answered, and answered quantitatively, furthermore, is apparent as soon as you consider the decisions faced by governments and healthcare administrators every day. Should we fund this new drug? Who should we make it available to? And which drug or treatment should be cancelled in order to pay for it? It is difficult, emotive stuff, but it has got to be dealt with, and much of the time it demands facing up to some Sophie's choices about how to weigh up the competing claims of different people, or groups of people.

According to popular intuition then, a person's value, or claim on life saving medicine, peaks in late teenagehood and slowly drops off thereafter. Hutchinson argued that it is difficult to explain this result in terms of egalitarianism (we don't think it would be better if everyone died at 20, for example, even though that would be more fair) or the notion of having had your 'fair innings'.

What I found most interesting here is that the intuition lines up strikingly closely to that of 'reproductive value' -  an age-specific measure of an organism's expected lifetime reproductive success. This peaks at onset of reproductive fertility, and declines smoothly thereafter. Females are more valuable than males because they make a bigger investment in the offspring, and have much smaller variance in their probability of successful mating. Thirteen year old female humans are said to have the highest value of all humans, in reproductive biological terms (by Robert Wright, for example.  The death of such an individual represents the greatest possible loss of both investment and breeding potential.

So if reproductive value were the main driver of our ethical intuitions we would put all female teenagers on the lifeboats first, and prioritise their healthcare ahead of everyone else, especially post-reproductive adults.

Of course, most people don't think that moral truths are dictated by biological truths. I  think it is interesting, however, and worthy of explanation, when biological truths seem to reinforce some aspects of our moral intuition but not others.

Furthermore, I wonder if the biological prediction cannot be brought closer to moral norms by considering that: a) males invest a huge amount in reproduction in our species, which should reduce the margin of value between males and females. b) Older, especially post-menopausal women also contribute significantly to the care of children in our species, narrowing the gap there too. The intuition about babies and young children being less valuable than older children (typically explained in ethical theory in terms of gradually increasing personhood) remains.

Posted by Ellen Clarke at 16:43 No comments:

Email ThisBlogThis!Share to TwitterShare to FacebookShare to Pinterest
Labels: I wonder........

Beginning in 2015, a prize will be awarded every two years for the best article published in Studies C by an early career scholar.

The prize, which is supported by Elsevier, is intended for those who, at the time of the article's publication, were doctoral students, or were within five years of being awarded their doctorates. Articles published in 2013 and 2014 will be eligible for the 2015 Prize.

To nominate an article or articles for the 2015 Prize, please send an email to the Assistant Editor, Dominic Berry, at ph09djb@leeds.ac.uk by 31 December 2014. Self-nominations are welcome, as are brief statements describing the oustanding quality and contribution of nominated articles.

The winning article, as judged by the Editor-in-Chief, Advisory Editors and/or Book Reviews Editors in consultation with the Editorial Board, will be announced in spring 2015. The winner will receive £200 and a certificate as well as a year’s free subscription to the journal.

The price of holding a baby 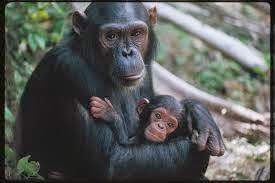 Last week I learnt from Ronald Noè that female chimps (and other primates) pay new mothers (in time spent grooming) for a go on their babies. Louise Barrett and Peter Henzi actually found that the 'price' of holding a newborn monkey responds, just like that of most consumer goods in human markets, to the level of supply. Fewer babies around in the troop equals more minutes spent picking fleas out of Chimpette's fur before you get to cuddle baby Chimporino.

What I adore most about this fact is its utter irreconcilability with all our usual assumptions about why adult animals do things, in terms of fitness maximisation etc. I see nothing a monkey stands to gain from squidging someone else's little 'un (maybe I'm wrong?) except good old-fashioned cuteness.

Babies are just nice. Fact.
Posted by Ellen Clarke at 11:04 No comments: