My favourite things that I taught this semester: Patricia Hill Collins

For my module about Feminist Philosophy I talked about an article by Patricia Hill Collins, 'Shifting the Center: Race, class and feminist theorizing about motherhood (1994). It is a beautifully written paper in which Collins, an African-American Feminist Scholar, describes the agonies involved in mothering children within a society which treats their ethnicity as inferior. I introduced the paper as a way to convey the force of what's known as the 'commonality problem' in defining the class 'women'. Here is the problem.

Feminists talk about women in order to defend and promote their interests, their causes, in order to fight for their rights. It follows, one might think, that feminists need to be able to say who women are, in order that we can find out what are their causes, interests and so on. But any time you try to say who women are, to define womanhood, you run into various problems. One is that defining womanhood runs close to describing its essence, to imputing natural unchangeable differences between men and women, which some feminists would like to deny. Another is that in providing defining properties, you risk excluding people who want or need to be defined as women, and effectively punishing people who don't fit the standard. Underlying this is the fact that those people in the world who are identified or who self-identify as women are a staggeringly heterogeneous bunch. Yet, in the pursuit of common cause, that heterogeneity has typically been erased by the women whose thoughts have tended to be written down and stored in libraries over the years.

The consequence is that the canon we call 'feminism' defends and promotes the interests and causes of a small and atypical subset of women, and presents them as the interests and causes of a much wider group. For example, in 1963 Betty Friedan published a classic of 2nd wave feminism, 'The Feminine Mystique'  which was hailed as revolutionary because it challenged the accepted notion that technology had emancipated women from tedious household drudgery, allowing them to enjoy more fulfilled lives as mothers and domestic godesses. Friedan's account was based on field work in which she interviewed suburban housewives to find them bored, lonely, frustrated with their house-bound lives.

Intersectional feminism names a movement, spearheaded especially by African-American women, that aims to identify and remove the social harms caused by Feminism's focus on work like Friedan's.
The problem is, Friedan only interviewed white, middle-class wives and in doing so perpetuated a stereotype that a normal or standard woman is white, middle-class, able-bodied, married to a man. And that the problems faced by women in this demographic are the problems that feminists ought to be worrying about. When you put it like that, its pretty obvious that something is amiss. The difficult part comes in achieving platforms, hearing the voices of, women from outside that demographic, so as to find out what their interests and causes are, so that a sensible assessment can be made about whose issues should be prioritised by the so-called sisterhood.

Patricia Hill Collins, Distinguished Professor at the University of Maryland, is a leading light of the movement, and her article on motherhood is deeply moving and troubling. White middle-class feminists had tended to give motherhood the same universalizing treatment as everything else, stereotyping mothers as inhabiting a dichotomous space from their husbands, the 'domestic sphere'. In this space, mothers are described as occupied exclusively with domestic work - caring for children, producing meals, cleaning and washing clothes, as well as doling out emotional care and social support services to her family. The counterpart, the husband, goes to work every day to earn money. Within this industrially-created bubble, the woman is then characterised as struggling for autonomy, craving release from her bubble, to escape into the outside world where deals are made and bonuses are earned.

Collins bursts this bubble with a heart-rending account of the lived experience of racial ethnic mothers, in which there is no kind of boundary separating work from anything else, because work is a permanent state, something that mothering is forced to exist alongside. Women of color, she writes, rarely know the luxury of being stay-at-home moms. As slaves they were beaten and raped on plantations while their children were taken away and sold. Or they were servants who removed the domestic drudgery from white housewives. In the 90s, when she writes, the US state treats black motherhood as a social problem, to be prevented with pills and implants. It forces poor women apart from their own children to go and care for white people, as low-paid cleaners and care home workers. 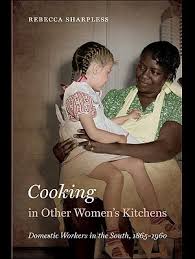 Collins draws on a rich history of African American feminists, such as bell hooks, Audrey Lorde and Sojourner Truth, whose 1851 speech points out how distorted idealisations of femininity, idealisations based on rich white women, end up bringing into question the sex of non-white, non-rich women.

Collins argues that women of color end up not merely falling short of an ideal, but denied their humanity. Forbidden from being the delicate, demure, saintly altruists that proper mothers, proper women are 'supposed' to be, racial ethnic mothers are imprisoned within a distinct set of stereotypes that Collins painfully outlines: the mule; the jezebel; the cheerful maid. Even when she is credited with holding her family together, keeping the household going, providing for her children, rather than being celebrated this stereotype of matriarch is wielded to question her femininity, even to accuse her of causing all the ills of the African-American lot by undermining her husband. Really.

The most heart breaking part for me in my currently hormonal state is when Collins documents the pain felt by racial ethnic mothers in trying to give their children self-esteem in a world where they are not wanted, in a world where their public behaviour must be passive enough to avoid attracting violence from the subordinating white folk. White children have their identity, their personal value, confirmed at every step of their lives, at school, on the television, in their books, everything tells them that they are important. White mothers are able to unthinkingly prioritise confidence and independence in their children, without worrying that their sons may draw too much attention to themselves. White mothers in 2017 are more likely to worry about peanut allergies and developmental milestones than about their children being shot by the police. 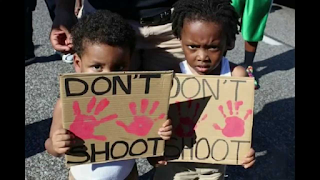 Collins details the ceaseless and subtle 'motherwork' that women of color do to create positive identities against this horrific backdrop. Of their constant battle to quietly negate the messages that society batters their children with. Of the paradox of growing up in a society which demands that you assimilate with the dominant culture while simultaneously denying you any chance of being truly accepted within it, and of the sophisticated and cooperative solutions that racial ethnic communities have forged.

There are many criticisms that can be extracted from a minority ethnic perspective. White feminists have forgotten how privileged they are. They have assumed that their own problems are the most important problems. They have claimed to be speaking on behalf of others without permission, without listening, without even seeing those others. Feminism, according to bell hooks in 1984, is racist in its abandonment of those women who are most victimized by sexist oppression, who are most powerless to change their condition in life.

However, Collins' article is hugely constructive even while she documents the shameful realities that women of color face. Her hope is that 'shifting the center', so that rich white women no longer crowd everyone else out of the picture, would have positive consequences for everyone. She calls for a "feminist theorizing that embraces difference as an essential part of commonality" and which puts at front-of-stage the wider social context in which any human being acts and lives. Only an intersectional feminism, Collins claims, can free all humans of the stereotypes into which they get boxed.


It was intimidating to teach this stuff. I am as white and as middle-class as they come. Combine that with my general newness to feminist philosophy and I felt so likely to get something important wrong that I almost removed intersectionality from my syllabus. But I hope, even granted all the things that I'm sure I did get wrong, that skipping this content altogether would have been much worse. I'll carry on reading this sobering literature, and next year's content will be a little bit better.

Email ThisBlogThis!Share to TwitterShare to FacebookShare to Pinterest
Labels: My favourite things that I taught this semester